Check out the
winners below

Check out the winners below

Welcome to Cinephilia
A home for all cinema addicts.

Cinephilia is a festival composed of a short film competition and a screenings programme that celebrates the cinema of the 20th century.

Filmmakers have created original short films inspired by a scene from classic cinema. No longer than 15 minutes and made using any device, these short films pay homage to the golden oldie they are inspired by.

2016’s films were judged by our expert panel (see below) who selected the top shorts that have been shown at the live event on 29 October at Hackney Showroom in front of a 125+ audience.

Attendees got to see these fantastic shorts, received a free drink, access to an exclusive art exhibition, goodies from our partners, the chance to win loads of prizes and more.

We also held a series of screenings with Everyman Cinema in the lead up to Cinephilia Film Fest. On the last edition we showed All About Eve and Sunset Boulevard.

Check out the winners

You Talkin’ to Me Scene

I’m Ready For My Close-Up Scene

Being A Woman Scene

Choose your
own scene

From an all time classic

If none of these three classic scenes are quite your type, pick one of your all time favourites as inspiration for your own original short film. 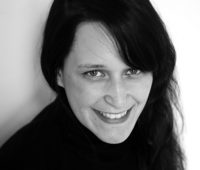 Petra fell in love with cinema at age 12, spending countless hours sat in front of the family VCR soaking up the classics. As an adult she continued to feed her passion for film, first in the academic world, studying in Prague, Paris and Brazil. Petra then had a stint at Karlovy Vary International Film Festival and Prague International Film Festival (FEBIO), before moving to London, where she has worked at BFI and London Film Festival. She is now head of programming at international film industry organisation Cinema Jam. 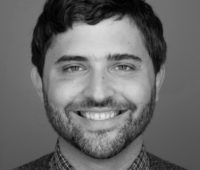 Sam Morrill joined Vimeo in 2009 where he currently serves as its Lead Curator. From customer support, to content acquisitions, to curating Vimeo Staff Picks, Sam has experienced Vimeo’s growth and evolution from a variety of different angles. When he’s not watching videos, he’s probably traveling or working on his amateur golf swing. Sam is a graduate of Middlebury College and currently resides in his hometown of Brooklyn, NY. 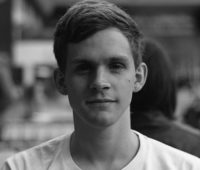 Matt works for Shooting People, the UK's largest network of independent filmmakers. As well as handling the organisation's outgoing and internal communications and acting as the voice of the social channels, Matt curates SP's Film of the Month competition. When not representing Shooting People, Matt is usually found scurrying between the city’s repertory cinemas trying to make up for lost time, or writing about film at taleofcinema.com. 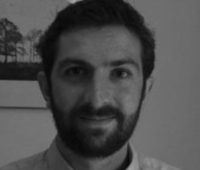 Will is the Development and Acquisitions Manager for The Imaginarium Studios, the production company set up by Andy Serkis and Jonathan Cavendish. The company recently produced Fungus the Bogeyman for SKY Television and is in post-production on Jungle Book for Warner Brothers. Prior to joining the Imaginarium, Will worked for Mel Gibson's Icon Entertainment. 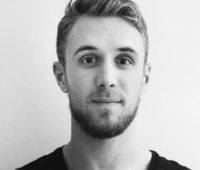 Adam Woodward is Digital Editor at Little White Lies. He has been writing about film since 2008.
×

£250 cash prize as chosen by the Cinephilia team – WINNER

your favourite scene from the Cinephilia Collection above and get inspired!

a short film no longer than 15 minutes in length using any device. You also have 10 free audio downloads from Audio Network.

Check out the photos

@ The Screen on the Green

@ The Screen on the Green

Previously named Remake Film Fest, Cinephilia Film Fest was launched in 2015 in London. For the pilot edition we selected scenes from Hitchcock’s Psycho (1960), Michael Curtis’ Casablanca (1942) and Singin’ In the Rain (1952) by Gene Kelly and Stanley Dolan for filmmakers to use as the basis to create new shorts.

From a number of applications, our jury composed of Sarah Arruda (Nexus Productions), Inês Braga (Screenwriter), Lucia Lopez (Screenwriter), Jordan McGarry (VIMEO) and Michael Sandoval (New York Film Academy) selected 10 short films to be shown at the live event. An audience of 100+ viewers attended the event at The Proud Archivist where they selected the films Remake It Again by Joe Button and Puppy Dog Tails by James Atkins as the winners of the Jury Award and Audience Award – watch them here.

We extend a huge thank you to our partners The Proud Archivist, VIMEO, IndieFlix, Shooting People, Little White Lies, PROPERCORN, LSFF, Power to the Pixel, BEEVERYCREATIVE, WeTransfer, Everyman and GifGif for their kind support in 2015. 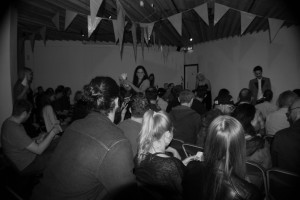 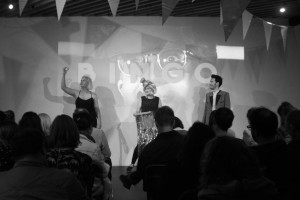 Cinephilia Film Fest was the 2016 upgrade to Remake Film Fest, launched in 2015. For this edition we selected scenes from Scorcese’s Taxi Driver (1976), Wilder’s Sunset Boulevard (1950) and Mankiewicz’s All About Eve (1950) for filmmakers to get inspired by to create their new original shorts. For this edition we added a new Choose-Your-Own section for those who already had classic-inspired films that fit the criteria.

An audience of 120+ viewers attended the event at Hackney Showroom where, after pledging eternal love and dedication to keeping cinema alive and watching a bunch of shorts, they selected the film Billy The Kid by Sam Johnson as the winner of the Audience Award. Pick Up by Adam Bloom took home the Cinephilia Award and the winner of the Jury Award was presented to The Babysitter by Hope Kemp.

We’d like to extend a huge thank you to our partners below for their kind support in 2016. 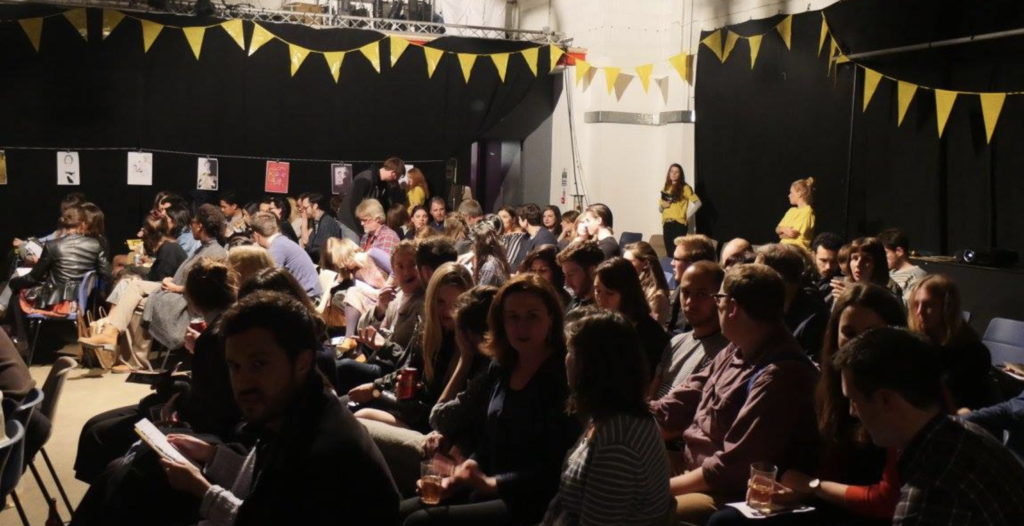 Got a question? Send us an email
to howdy[@]cinephilia.co

Want to stay up to date with all things Cinephilia?
Sign up for our newsletter here.

All our sponsors, partners and our fellow cinephiles who keep Cinema alive.

ALL FILMMAKERS MUST FOLLOW THESE GUIDELINES TO BE ELIGIBLE TO PARTICIPATE:

2/ JUDGING OF THE FILMS

Please note: more prizes may be added in the lead up to the event. Check back regularly for updates.

Due to the limited seating, the Applicant will then notify Cinephilia Film Fest if they’re attending The Event or not.

The following dates are crucial for entry into, and running of, the Festival:

The Applicant hereby represents and warrants to W&T Productions that:

The Applicant acknowledges that W&T Productions, its assignees and licensees, shall have the right to dub and/or subtitle and to cut and/or edit the Film in any fashion that W&T Productions deems necessary, including, without limitation, for the purpose of television broadcast or online distribution, packaging the Film with other W&T Productions films, to comply with broadcasting statutory censorship practices, standards or regulations or as otherwise may be required by law in any applicable country where the Film may be exhibited.

The Applicant hereby waives and concedes any and all of their moral rights in the Film and allows W&T Productions, its assignees and licensees, to do or omit to do anything which may infringe any and all moral rights granted to the Contributors or the Applicant including to edit, alter and/or reproduce the work of the Contributors, the Applicant and the Film and the Applicant consents to these actions by W&T Productions, and its assignees and licensees, in any manner or context, in perpetuity throughout the world, and such consent is given to the full extent permitted under any relevant copyright or moral rights laws in legislation or at common law.

W&T Productions may, in its sole discretion, disqualify a Film from the Festival at any stage of the entry, judging or Festival period, if W&T Productions has reason to believe that the Film does not, for any reason, comply with the Terms and Conditions at any point.

The Applicant hereby indemnifies W&T Productions and holds it harmless from any damages, liabilities, losses, costs, expenses, obligations or claims of any nature (including, without limitation, reasonable outside attorneys’ fees and costs) arising out of a breach by the Applicant of its agreements, obligations, representations, warranties or other rights granted under these Terms and Conditions, including, without limitation, those representations and warranties made in Paragraph 4 herein.

The Applicant agrees to execute any additional documents W&T Productions may request of it to fully effect the grants and licences made to W&T Productions hereunder, which shall include without limitation, any documents necessary to protect or defend the copyright and/or other intellectual property rights in, or related to, the Film.

In the event of any breach or alleged breach of these Terms and Conditions by W&T Productions, the Applicant’s sole remedy will be limited to the right, if any, to recover monetary damages in an action at law, and in no event will the Applicant be entitled to terminate this agreement or to seek or receive any equitable remedy including without limitation any equitable remedy which would enjoin, restrain or otherwise hinder the Festival or the distribution, exhibition, or any other means of exploitation of the Film, including, without limitation, any advertising, promotion or publicity in connection therewith.

W&T Productions shall have the right to assign all of its rights obtained from the Applicant under this agreement, in whole or in part, to any person, firm or corporation, and the Terms and Conditions contained in this agreement shall be binding upon and inure to the benefit of W&T Productions’ successors, licensees and assigns. The Applicant may not assign any of its rights under these Terms and Conditions or agreement and any purported assignment thereof will be null and void from the making thereof.

The agreement created by these Terms and Conditions is made in the United Kingdom and is governed by the non-exclusive jurisdiction of the courts of the United Kingdom. The Applicant will do such acts and sign, or cause to be signed, such instruments as W&T Productions may reasonably request for the purposes of this agreement. A reference to a person includes a body corporate. The singular includes the plural and vice versa. Includes and including are not words of limitation. A reference to a “film” or “Film” is a reference to a “cinematograph film”.